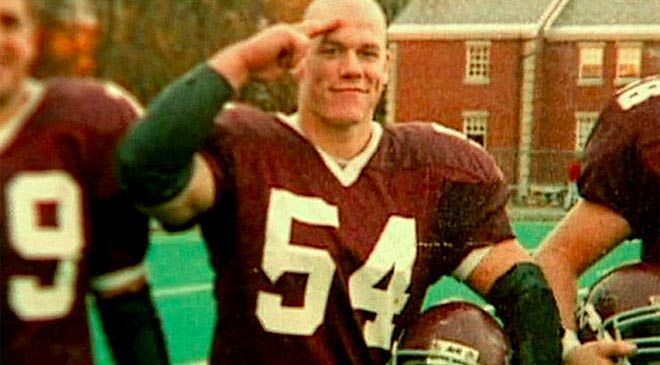 As an internationally known professional wrestler, not to mention a celebrated actor, John Cena is certainly one of the greatest wrestlers of all time.

Here are a few other amazing facts about the wrestler, rapper and actor:

John Cena’s full name is John Felix Anthony Cena. He grew up in West Newbury, Massachusetts, as one of five boys. He and his brothers would wrestle in their backyard, impersonating their favorite pro wrestlers. In a 2013 interview, Cena explained that at the age of 12, he asked for a weightlifting bench for Christmas because he wanted to get stronger so he can fight off bullies.

Cena attended Cushing Academy, a private prep school in Ashburnham, Massachusetts, where he was a standout football player. Graduating in 1995, the future wrestling star was voted ‘Loudest’ and ‘Best Body’ in his senior yearbook. Cena then was a star football player at Springfield College in Springfield, Massachusetts. He was an All-American Division III center and wore the number 54, which is often spotted on his current WWE merchandise.

After college, Cena moved out to California with his eyes set on a bodybuilding career. With only $500, he quickly found a job moving fitness equipment for and company and got another job working in the store of the Venice Beach’s Gold’s Gym for $6 an hour.

“If you wanted to know about nutrition, protein or apparel, I was your guy,” he said. “In the beginning, I was living out of the back of my Lincoln Continental,” Cena told ESPN. “I was struggling, but I wasn’t ever sad. I was in the place where fitness had become famous, and I actually loved what I did.”

John Cena’s dad, John Cena Sr., actually made a living off of professional wrestling. He was an announcer, and earned the nickname “Johnny Fabulous”. He was also the commissioner of East Coast Championship Wrestling (ECCW). 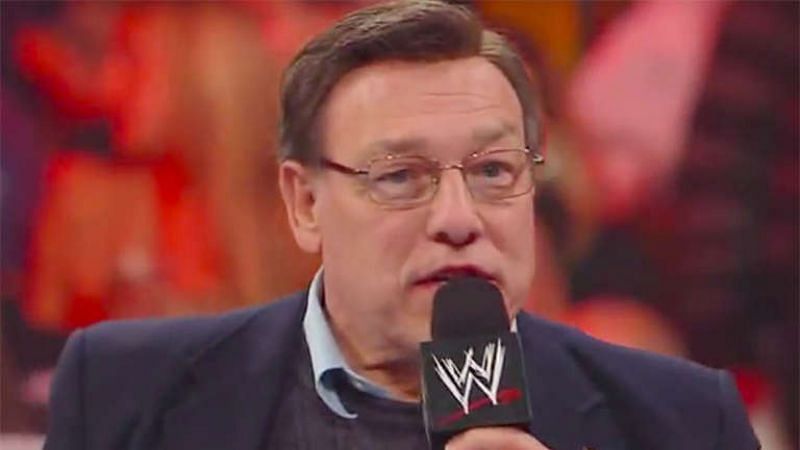 Where It All Started

Cena began his wrestling career with Ultimate Pro Wrestling, an independent wrestling promotion in California. Cena’s first gimmick was The Prototype. He was billed as being “half-man, half-machine, a hundred percent mayhem.” He won the UPW heavyweight title in April of 2000, holding it for about a month.

Cena got his start with WWE later that year, signing a contract with its developmental company, Ohio Valley Wrestling (OVW). After winning the OVW heavyweight title in 2002, he finally made his official WWE TV debut on the SmackDown circuit that June.

Cena’s 2002 WWE debut match was against Kurt Angle. The match only happened because Angle’s original opponent, The Undertaker, came down with the flu right before the match. The match had been set up as an open challenge, so rookie Cena was called in as a replacement. Even though he lost the match, it set up his career for future successes. 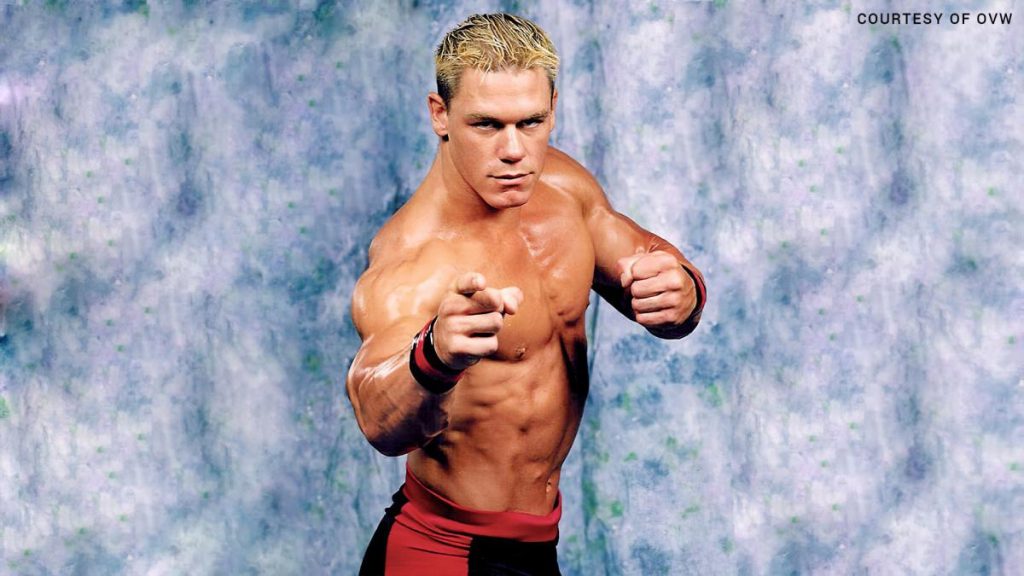 You Cant See Me

You Can’t See Me by John Cena and his cousin, Tha Trademarc, was released on May 10, 2005, by WWE Music Group and Columbia Records.

You Can’t See Me was a bonafide success. The album debuted at number 15 on the Billboard 200 charts, with over 40,000 copies sold in the first week of its release. In the United Kingdom, the album peaked at number 103 on the UK Albums Chart, and has since become a certified platinum by the Recording Industry Association of America (RIAA), selling 1,346,000 units, as of October 8, 2010. The album features Cena’s theme song, “The Time is Now.” 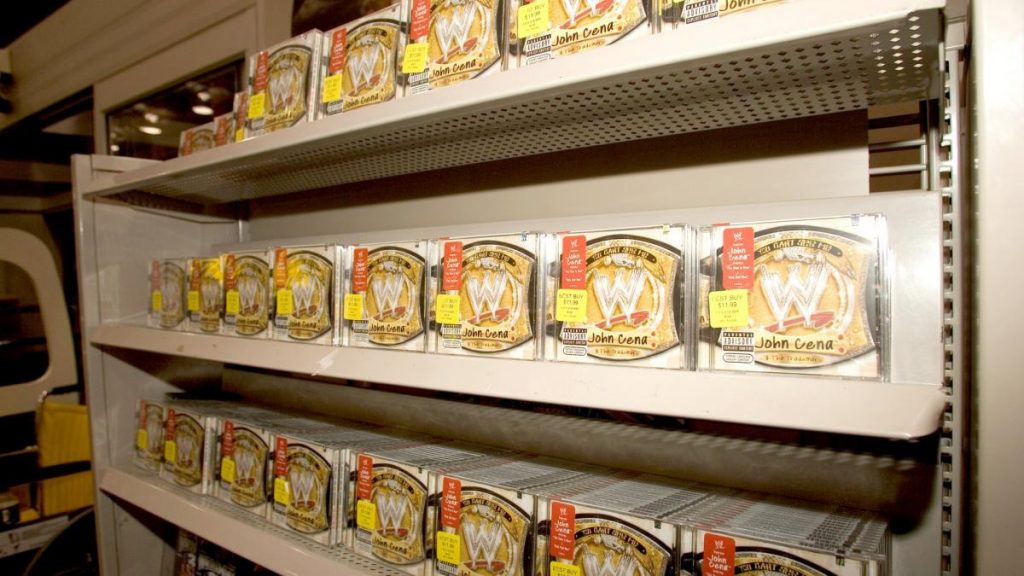 To date, Cena has granted 600+ wishes for terminally ill children through the Make-A-Wish Foundation —by far the most by any celebrity.

John Cena discovered Make-A-Wish by accident when he was still a rookie in the WWE in 2002.

“My first Make-A-Wish, I was kind of shuffled — it wasn’t for me, I think the person wanted to meet another superstar,” Cena, 42, told PEOPLE magazine. “But the WWE does a great job of like, ‘Hey, there’s a Make-A-Wish kid in this room. Can you come say hello?’ So, a bunch of people are shuttled in to say hello to a young fan of WWE.”

“So, we’re shuttled in and said my hellos and took my pictures and then left. And they’re like, ‘Thank you, Make-A-Wish thanks you.’ I was like, ‘What is Make-A-Wish?’” Cena continued.

Cena says Make-A-Wish is a life changing experience for both the child involved and for himself. He says every single wish is as special as his first. “They all stand out. The most important thing is making the experience special because it’s their wish,” explains the 41-year-old, who keeps in touch with the kids and their families. “It’s a spectacular thing… When you give them happiness, they get an escape. You don’t know the power of hope. Hope can equate to time and that’s absolutely priceless.”

Today, Cena is the most requested celebrity at Make-A-Wish. While Cena gets a lot of publicity and acknowledgement for all the work he does with Make-A-Wish, he still doesn’t get enough credit. That number—650 wishes granted—is extraordinary and should be celebrated.

A Love For Cars

John loves collecting cars and has quite a few American muscle cars. He has over 20 muscle cars; in an interview to Men’s Fitness, he said, “I have enough cars to keep me in trouble.” 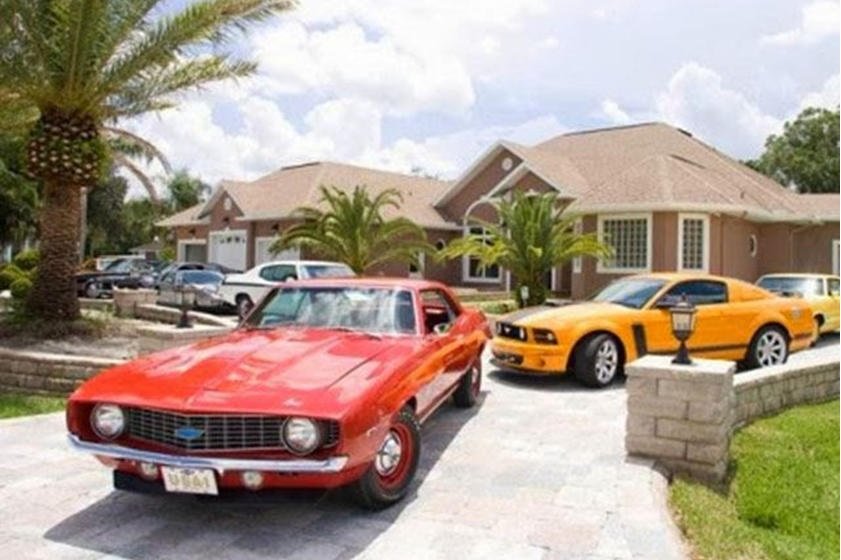 Cena started learning Mandarin Chinese in order to more easily promote WWE in Asia. He is now almost fluent in the language and spoke it very comfortably at a recent press conference. In fact, he delivered a speech in June 2016 that was over three minutes long, completely in Chinese — and he did it without any script or cue cards.

Beef with The Rock

Back in 2009, John Cena decided to be openly critical about Dwayne ‘The Rock’ Johnson, effectively calling him out for being a “sellout.” This was to be the beginning of one of the biggest WWE feuds in history – both within the ring and outside of it.

A lot of choice words have been exchanged between John Cena and The Rock over the last nearly ten years. Cena has called The Rock a part-time wrestler, and The Rock has responded by saying that Cena was meant for children. The Rock also dubbed Cena “Fruity Pebbles” in relation to his colorful merchandise being like the breakfast cereal.

It all came to a head at Wrestlemania 28, which became the highest grossing pay-per-view event in pro wrestling history. 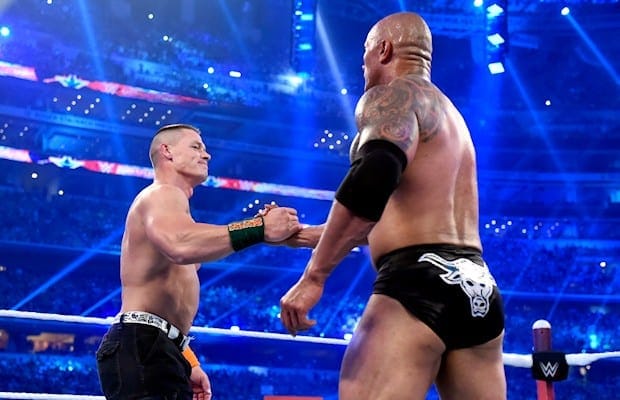 Cena’s first movie appearance was on Ready To Rumble

John Cena has transitioned from his successful career as a WWE Superstar to a huge film industry star.

However, one thing some fans may not know is that Cena’s first-ever movie appearance came in the Ready To Rumble film which was produced in partnership with WCW. Cena was an extra and appeared only for a few seconds.