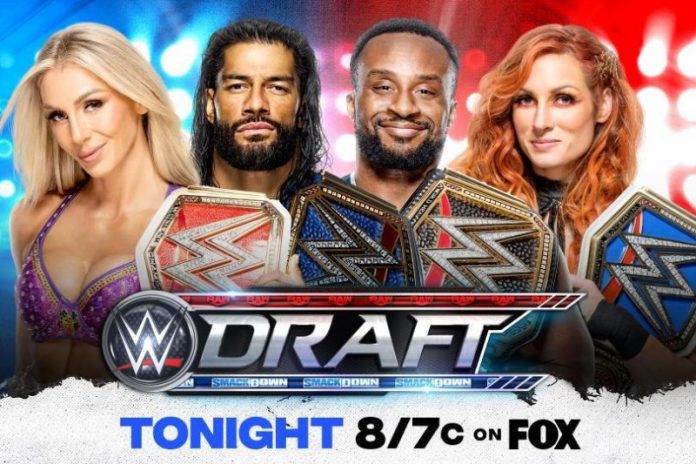 WWE kicked off its 2021 draft Friday night on SmackDown from the Royal Farms Arena in Baltimore, Maryland.

Half of the eligible names on the roster were eligible to be drafted tonight and the other half on Monday night during Raw. Undrafted names will be free agents and can sign with either brand. The changes made during the draft will not go into effect until three weeks from the first night, beginning on Oct. 22.

“Baltimore, acknowledge me,” The Tribal Chief insisted, after it was announced he was the first pick in the draft and will be staying on Smackdown. The champ wen to the ring for a promo, when Brock Lesnar appeared. Brock circled the ring and the two fought until Lesnar hit Reigns with a pair of suplexes. Reigns left the ring and The Usos got destroyed by The Beast.