AEW All Out in Chicago has sold out 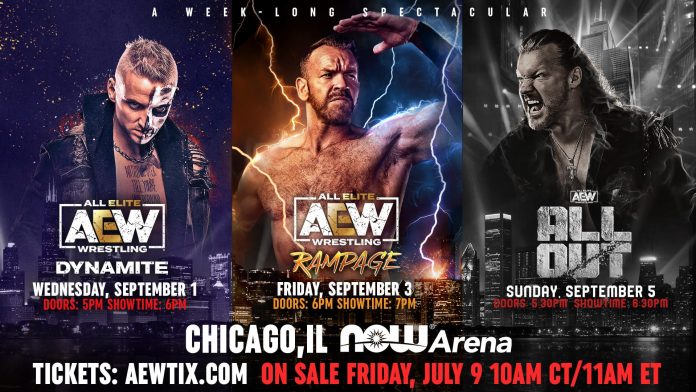 AEW All Out back in Chicago on September 5th has sold out during the presale.

The tickets for the pay-per-view sold out within a few minutes without a single match announced. Fans that are interested in getting All Out tickets will have to go through the secondary market to get them.

As of today, it appears the main event for All Out will have Kenny Omega defend the AEW World Title against Hagman Page and MJF go against Chris Jericho. Tony Khan also recently mentioned that there will be a Women’s Casino Battle Royale at the pay-per-view.

More good news for the company is that many of the tickets sold were combo packages that included AEW Dynamite on September 1 and Rampage on September 3rd. While the trios tickets may be sold out, there were still individual tickets for the Dynamite and Rampage shows available.