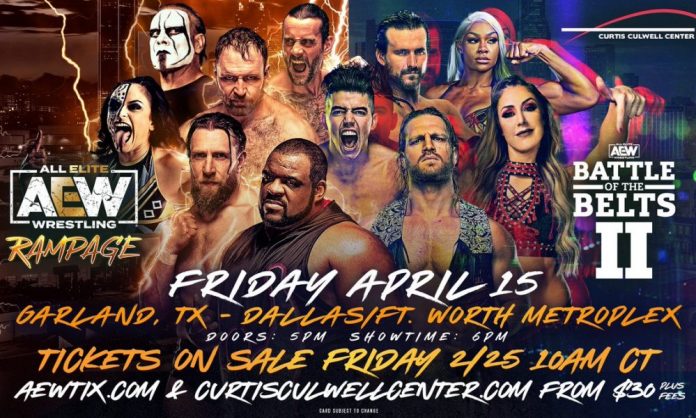 AEW has confirmed the Battle of the Belts II TNT special will air on April 16, 2022 from Garland, Texas at the Culwell Center.

Battle of the Belts II will be taped on April 15 before AEW Rampage airs live. The tapings will start at 6 PM ET and will likely feature several dark matches and other bouts for these two events. Rampage will air live from 10 PM ET.