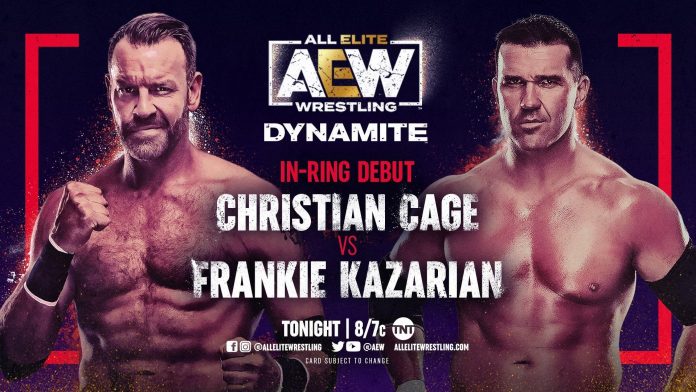 The main event of Dynamite was an Arcade Anarchy match pitting Orange Cassidy and Chuck Taylor against Miro and Kip Sabian. The show also featured Christian Cage beating Frankie Kazarian in his in-ring debut for the company in addition to Kenny Omega and The Good Brothers beating Rey Fenix, Penta and Laredo Kid in a six-man tag team match.

NXT viewership also decreased this week, with an average of 654,000 viewers, which is slightly down from last week’s audience of 678,000 viewers. NXT was headlined by an 11-man battle royal with the top six finishers moving on to a gauntlet match at Night 1 of NXT TakeOver: Stand & Deliver next week.