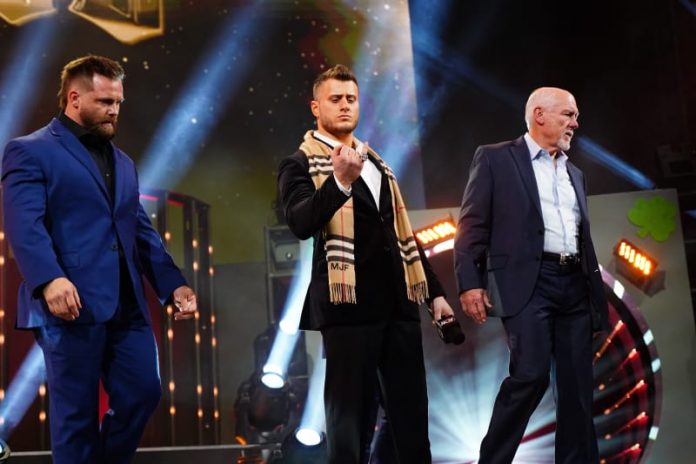 The Dynamite main event saw TNT Champion Darby Allin defend his title against The Dark Order’s John Silver. Later in the match the Dark Order surrounded Allin, which brought out his partner Sting. The professional wrestling legend stood by the entrance ramp with his signature baseball bat to make sure the match went down smoothly.

The champ launched himself at The Dark Order with a top rope Coffin Drop, with Allin crashing into most members of the group. Allin later won the match with a Code Red to remain TNT Champion.

Cole and O’Reilly got into a war of words before they signed on the dotted line. Cole said that he didn’t need The Undisputed Era and the group wouldn’t be relevant without him.

“I grew up man. I started to take some accountability for my actions. We became stars, but only one of us became a better person. I sold my soul for the Undisputed Era and I want it back,” O’Reilly said.