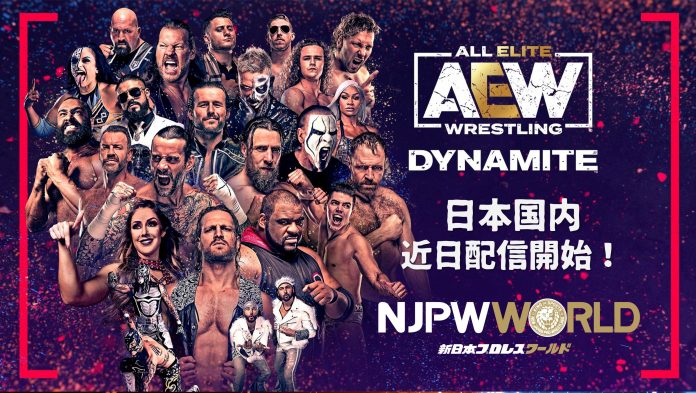 New Japan Pro Wrestling announced today that weekly episodes of AEW Dynamite and Rampage will be coming to NJPW World in Japan. There is also a Japanese live version of the AEW programming in the works.

The AEW content is being added at no additional cost to NJPW World subscribers.

AEW and New Japan first entered a working relationship in early 2021. The deal allowing for wrestlers from both companies to appear on the opposite group’s shows. When NJPW talent has appeared in AEW during the working relationship between the two companies, their matches have been uploaded to NJPW World.

AEW’s Tony Khan responded to NJPW World’s announcement: “We did it.”