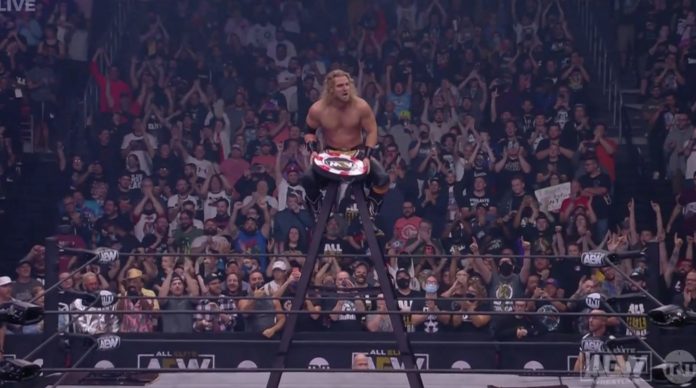 This week’s episode of Dynamite marked two years on television for All Elite Wrestling, and was packed with big matches to make it feel important.

Showbuzz Daily is reporting the show drew 1.053 million viewers on TNT. This is down 8.59% from last week’s episode, which drew 1.152 million viewers.

The show was up against some stiff competition, as they went head-to-head with an MLB playoff game between the Dodgers and Cardinals on TBS. That game topped the night in viewership with 6.673 million viewers and the 18-49 demographic with a 1.73 rating.

Dynamite’s main event was the the Casino Ladder match, with Lance Archer, Jon Moxley, Matt Hardy, Orange Cassidy, Pac, Andrade el Idolo and a mystery competitor, who turned out to be Adam Page battle for a title shot.