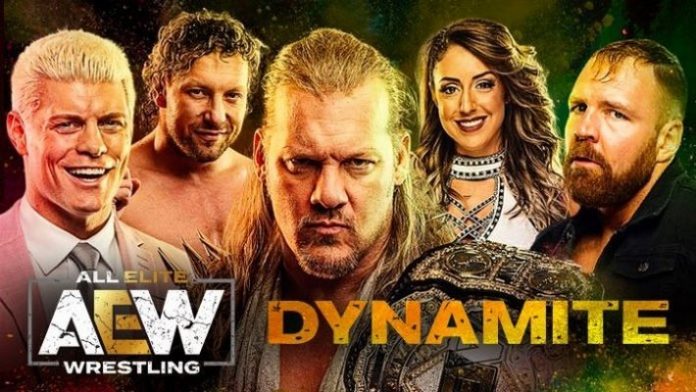 AEW Dynamite will move to TBS from TNT in January 2022. The move comes as TNT is adding the new hourlong series AEW: Rampage, which will debut August 13 at 10 p.m. ET. Rampage will also relocate to TBS with Dynamite in 2022.

As part of the new deal, TNT will debut four new pro wrestling specials annually, which will culminate with the AEW’s move to TBS next year. Pro wrestling had a staple on TBS dating back to NWA in the 1980s and concluding with WCW’s “Thunder” until 2001.

Last year, AEW extended its relationship with WarnerMedia through 2023, renewing AEW Dynamite on TNT and planning a new night of programming which became Rampage.

“While we’re looking forward to our arrival on TBS, we’re not saying goodbye to our original and current home of TNT, which will air four new special supercard events annually,” AEW president Tony Khan said in a statement. “Plus, the financial upside to our new agreement will give us the opportunity to continue to invest in and grow AEW to serve the most important people in our industry: our fans, our wrestlers, our staff and our sponsors.”

AEW has been on TNT since Oct. 2, 2019. WarnerMedia recently acquired the rights to NHL games, which played a factor into moving Dynamite to TBS. Wednesday has traditionally been a night to air the NHL.

“As a lifelong wrestling aficionado who is privileged to present AEW to longtime and new fans alike, it means a lot to me – personally and professionally – to share the news that All Elite Wrestling will call TBS home beginning in 2022,” said Khan, CEO, GM and Head of Creative of AEW.

“The history of wrestling in the United States cannot be told without acknowledging the contributions of TBS, which as WTBS years ago delivered wrestling to the Southeast and eventually to a massive national audience. TBS has the same passion for wrestling today, but will offer AEW and our fans more prime time programming, content and global opportunities that will establish TBS as the world’s undisputed destination for wrestling.”