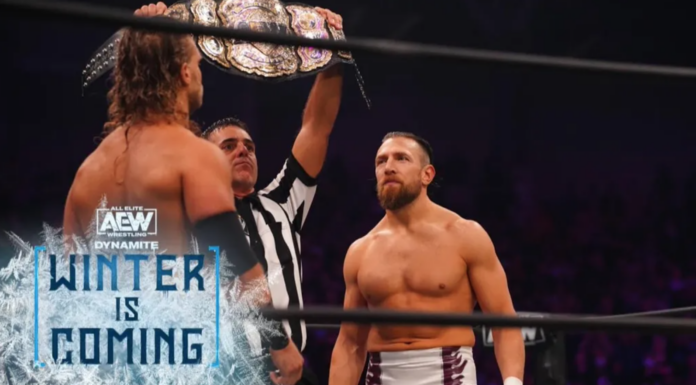 AEW’s Winter Is Coming themed edition of Dynamite captured 948,000 viewers, up 8% from last week’s show. This is the first time AEW Dynamite has drawn over 900,000 viewers since November 17.

The show featured an AEW World Championship match between Bryan Danielson and Hangman Adam Page that ended in a 60 minute time limit. Elsewhere, MJF defended his Dynamite Diamond Ring he has held since 2019 by defeating Dante Martin.