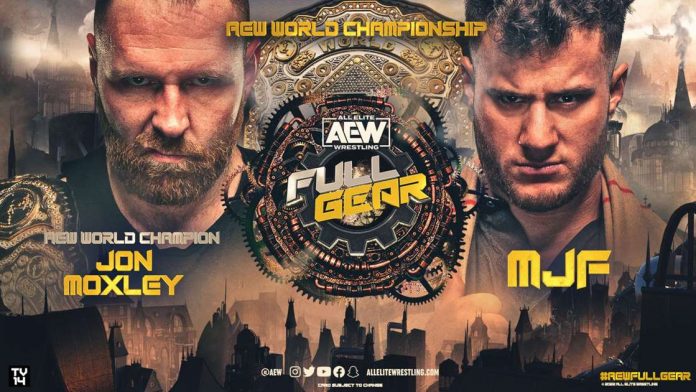 AEW Full Gear 2022 will take place this Saturday, November 19, from the Prudential Center in Newark, New Jersey. The event will be headlined by the AEW World Championship bout between Jon Moxley and MJF.

AEW Full Gear 2022 will be streamed live on Bleacher Report app in the United States and on FITE.TV everywhere else around the world. You can also order Full Gear through your cable or satellite provider for a pay-per-view price of $49.99.