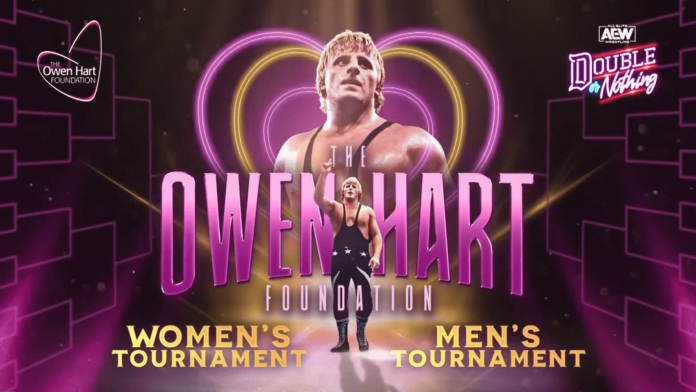 AEW has announced new details regarding the Owen Hart Cup, including when the tournament will take place.

The official AEW Twitter account revealed that The Owen Hart Cup men’s and women’s tournaments will take place over the month of May, 2022. Both tournament finals will be held at AEW Double or Nothing, presumably on Memorial Day weekend. Dr. Martha Hart will be in attendance to award the cups to the winners.

AEW entered into a partnership with the Owen Hart Foundation in September to honor the late wrestler. Through the creation of exclusive merchandise, the potential of inclusion of Hart in AEW’s upcoming video game, and the first-ever annual Owen Hart Cup Tournament.

The #OwenHartCup men’s and women’s tournaments will take place in May, culminating with both finals at #AEW Double or Nothing with Dr. Martha Hart on hand to award the cups to the winners. We’ll have more on #TheOwen WEDNESDAY on #AEWDynamite