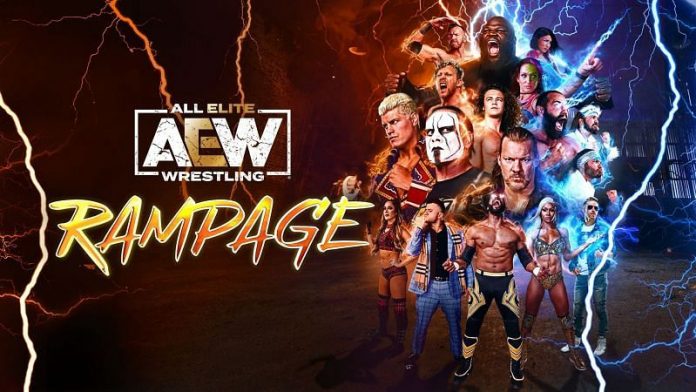 Rampage ranked #3 for the night on the Cable Top 150, behind the NFL Pre-season games on the NFL Network.

“This was one of the biggest nights in the history of the company, and it was a great show,” said Khan. “We went in with a tremendous card of three championship matches and a plan to deliver the best one-hour wrestling TV show anyone’s seen in a very long time. We needed to hit a home run, and we did. Everyone across the board, including production and staff, did a tremendous job.”

Next week’s broadcast will be one of the most anticipated AEW television shows in history with an airing from the sold-out United Center in Chicago dubbed “The First Dance.” This is heavily expected to be CM Punk’s AEW debut.