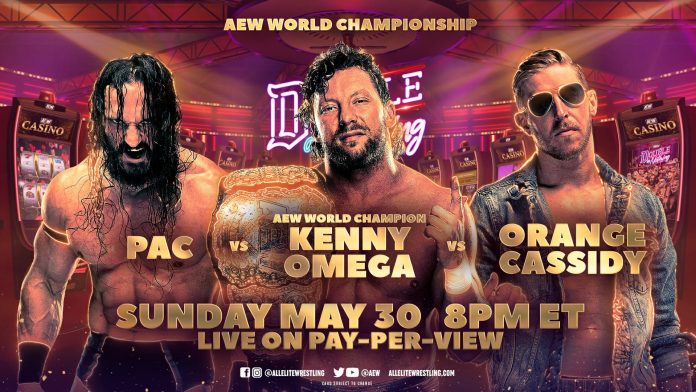 The AEW World Championship will be defended at the Double or Nothing pay-per-view on May 30 in a Triple Threat match.

Pac vs. Orange Cassidy ended in a double count-out on tonight’s AEW Dynamite in a Number One Contender Match. This was due to Omega running into the ring and nailing Pac on the back of the head with his world championship belt. Referee Aubrey Edwards then counted both men down for a double-countout.

Omega and Callis then celebrated, bragging that they now had the night off for the pay-per-view.

The outcome lead to AEW President Tony Khan telling Tony Schiavone that both PAC and Cassidy will face Omega for the AEW World Championship at Double or Nothing on May 30. This will mark the first time AEW’s top prize will be defended on pay-per-view in a triple threat bout.

We call that karma! We’re in for a triple threat match between @kennyomegamanx, @orangecassidy, and @BASTARDPAC at Double or Nothing on May 30th 🔥 #AEWDynamite pic.twitter.com/FzCnfUxqYM 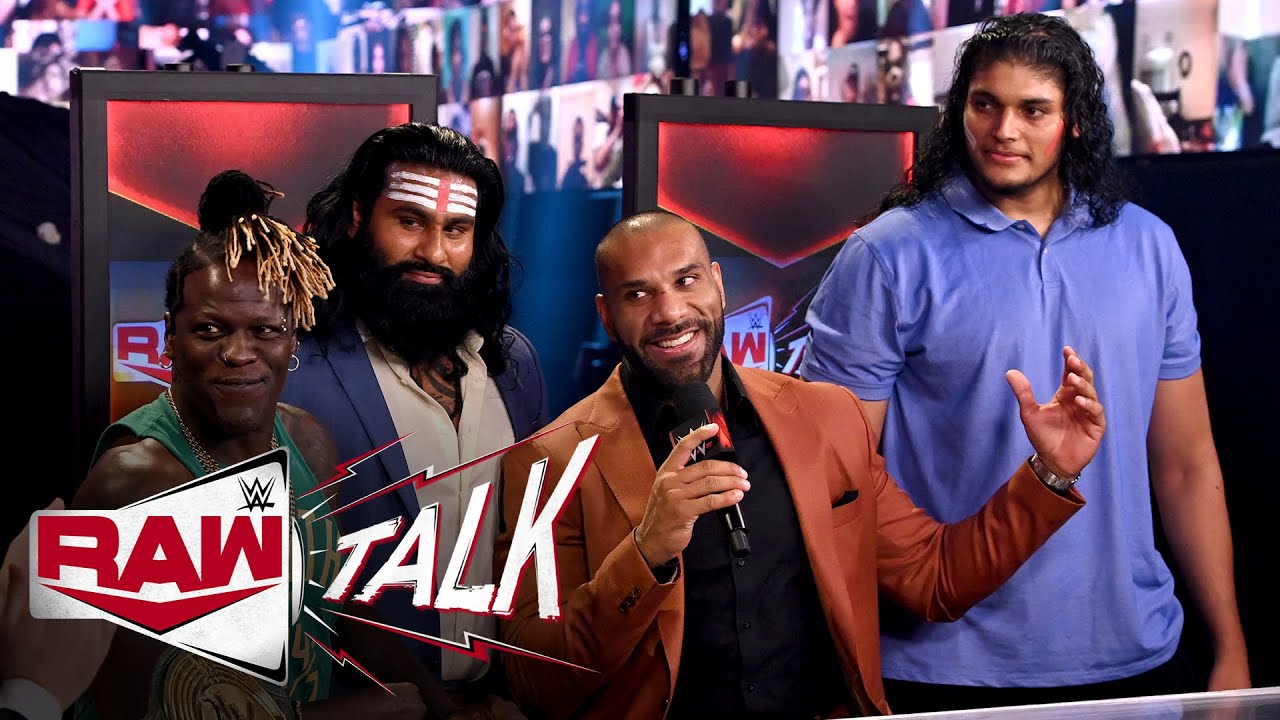 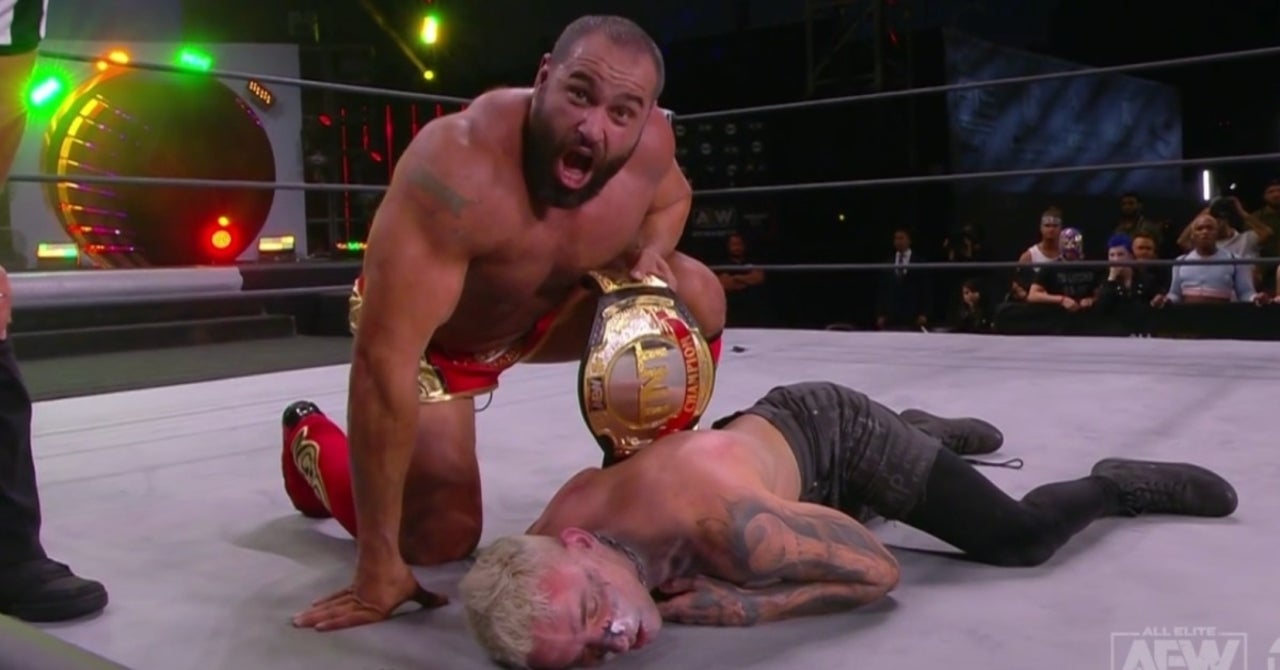