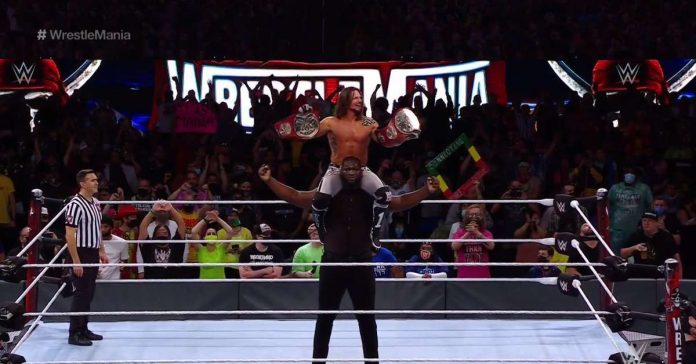 The story of the match was simple. Styles started out for his team, and The New Day did everything they could to to keep him from tagging Omos. They cut him off from his side of the ring, and the drama came whenever Styles would get close to Omos.

Styles was finally to make the hot tag to Omos, who immediately entered the ring and started to walk down Woods. Woods hit some leg kicks and a dropkick, but nothing had any effect on Omos. Omos laughed while he slowly worked over both members of New Day.

Styles then hit a sweet Phenomenal Forearm by springboarding off Omos’ shoulders. Omos planted Kingston with a double-arm chokeslam and pinned him with a single foot.