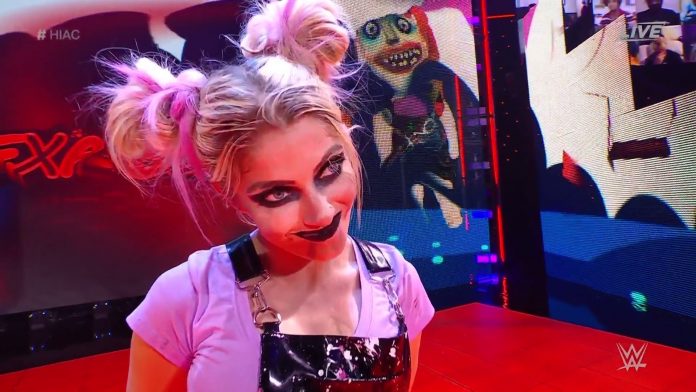 Before their match, Alexa cut a promo and said “If you come knocking on my door, you never know who or what is going to answer.”

The story of the match was that no matter what Baszler tried to do, Bliss was able to fight her way out of that as it. It also seemed like the damage really didn’t hurt her at all.

Bliss’ eyes also seemed to have a magical power in which both Baszler, Jax, and Reginald couldn’t look her straight in the eye. During a wristlock, Bliss yelled at Baszler to look at her and Baszler released the hold once she had. This allowed Bliss to unleash a flurry of offense and a DDT for a near fall.

Bliss then stared down Nia Jax who was at ringside. This stare from Bliss forced Jax to mirror her movements and slap Reginald with her magic. Bliss then hit a Sister Abigail and a Twisted Bliss for the win.