Andrew Yang in contact with the U.S. Department of Labor regarding WWE 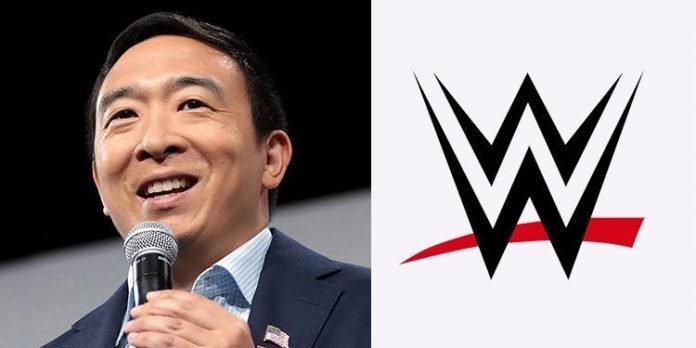 Former Democratic presidential candidate Andrew Yang has been in contact with the U.S. Department of Labor regarding WWE wrestlers’ status as “independent contractors.”

Yang has been very vocal in his contempt for WWE’s controversial business practices, most notably its classification of talent as independent contractors.

“Had a call with the Department of Labor,” Yang wrote on Twitter. “If you are a current or former WWE performer who feels you were misclassified as an independent contractor, contact labor lawyer Lucas Middlebrook and let’s get you what WWE Chairman/CEO Vince McMahon owes you. Been a long time coming but this storyline is real.”

Had a call with the Department of Labor. If you are a current or former @WWE performer who feels you were misclassified as an independent contractor contact @lkmiddleb and let’s get you what Vince owes you. Been a long time coming but this storyline is real.

WWE’s questionable employment classification has long-since been a sticking point among many in the wrestling community. The wrestlers are not afforded the same freedoms that independent contractors typically receive. The classification allows WWE to save millions of dollars in employment taxes while still enjoying the control of an employer who can dictate where talent can appear.

WWE also does not provide its wrestlers with health insurance. And while the company does cover their airfare, WWE wrestlers are expected to pay for their own ground travel, hotels and food. It should also be noted that since they are classified as independent contractors, WWE wrestlers are unable to unionize.

Should WWE’s wrestlers find themselves classified as employees, it would cost the company millions as expanded benefits are applied to them. With Yang vowing to take this to the very top, there is a chance this may happen.