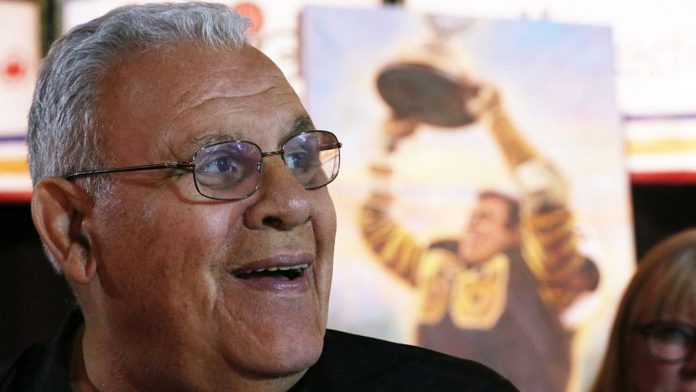 Angelo Mosca, Sr. has passed away at the age of 84.

“It is with great sadness that the family of Angelo Mosca announce his passing … after a lengthy battle with Alzheimer’s. Angelo was a loving husband, father, grandfather and great-grandfather as well as friend to so many.”

Mosca was born Feb. 13, 1938, in Waltham, Massachusetts and played college football at Notre Dame and was drafted to the Philadelphia Eagles in 1959. He instead took his talents to the Canadian Football League, where he played for over a decade and became a five-time all-star and eventual Canadian Football Hall of Famer.

After his football career ended, Mosca turned to pro wrestling where he became known as Angelo “King Kong” Mosca. He would go on to compete in the AWA and Stampede Wrestling before arriving in WWE in the early 1980s where he would main event at Madison Square Garden in New York and Maple Leaf Gardens in Toronto with the likes of WWE Hall of Famers Bob Backlund and the late, great Pat Patterson.