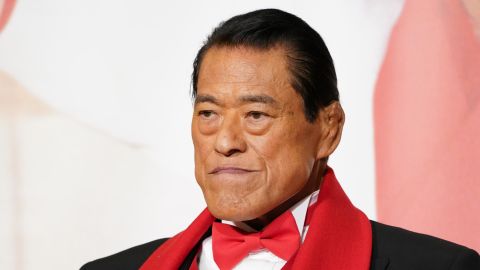 Born Kanji Inoki in February 20, 1943, Inoki is considered one of the biggest names ever in the history of pro wrestling. He famously faced boxing great Muhammad Ali in a mixed martial arts match in 1976.

“His achievements, both in professional wrestling and the global community, are without parallel and will never be forgotten,” the tweet added, saying the organization’s thoughts “are with Inoki’s family, friends and fans.”

Inoki entered politics in 1989 and was elected to the Japanese House of Councillors. He promoted peace through sports and made more than 30 trips to North Korea during his time as a lawmaker in hopes of forging peace and friendship.

Inoki was battling a rare disease called amyloidosis. He last appeared in public in August on a TV show, in a wheelchair. “As you can see, I’m pushing myself to the limit, and I’m getting power as I get to see you,” he said.