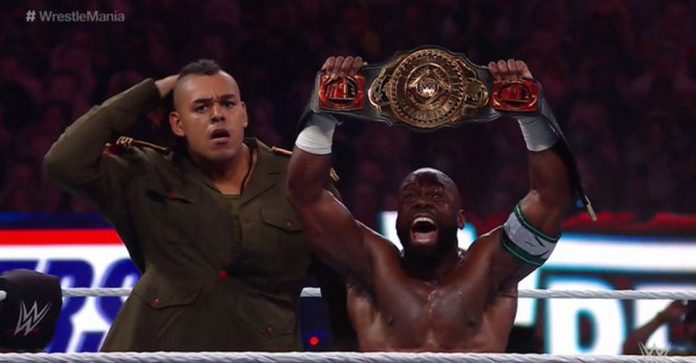 The two fought in a Nigerian Drum Match. The only way to win this match is by pinfall or submission. It was announced that there were no disqualifications or countouts.

The match started off with both stars grabbing Kendo Sticks and going to town, but after several shots from both Big E got the better of the exchange, wearing out the ribs of Crews before sending him crashing into some of the drums at ringside.

Towards the end of the match, Crews came back with a flurry of shots with a kendo stick, but missed when trying to hit a splash on Big E from the top rope through a table. Big E hit the Big Ending and seemed set to retain his title, until Dabba Kato ran in and took out Big E, hitting a choke slam and placing Crews on top for the three count.

The announcers acted as though they’d never seen Kato, despite him being featured on Raw Underground in 2020 and someone selected in the draft. We’ll see if they keep his same name.