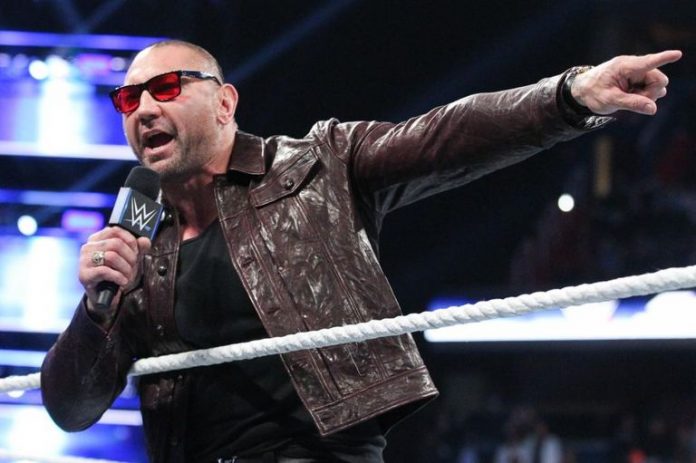 Dave Bautista swapped life as a WWE Superstar to become a Guardian of the Galaxy when he joined the Marvel Cinematic Universe in 2014. While he returned to WWE in 2019, to face Triple H at WrestleMania 35, the actor has admitted he’s now done with wrestling, after ending his career on his own terms.

During an interview with Zack Snyder’s charity convention Justice Con, Bautista, quickly shot down any talk of him returning to wrestling.

“Don’t put that out there, people will jump all over that [laughs],” Bautista said. “‘He’s coming out of retirement!’ No, I’m not.”

“When professional wrestlers retire, they don’t really retire. They kind of retire. But, you know, when the pay cheque’s big enough or the event’s big enough, they come out of retirement.”

“It’s just not that way with me. I exited the business in such a storybook way, I’d never go back,” he continued.

In 2019, WWE announced that Bautista would be inducted into the WWE Hall of Fame, as part of the Class of 2020.

This is not the first time Bautista has spoken out against the idea of a comeback.

Amid AEW teasing a blockbuster signing in early March, Bautista shot down rumors he was the company’s latest acquisition.

“They’re going to have to come up with another word thats used specifically for professional wrestlers who actually mean it when they say they’re retired,” Bautista tweeted. “Currently the word ‘retired’ has zero credibility by professional wrestling standards.”

WWE announced Bautista as an inductee into the company’s Hall of Fame class in 2020 but due to the COVID-19 pandemic, plans to honor him have been postponed.