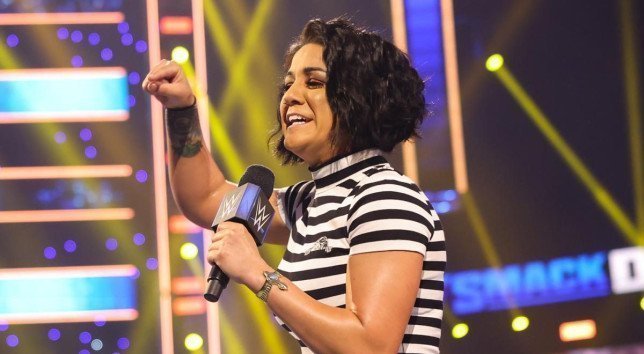 According to the WWE, Bayley has sustained an injury while training for her WWE Money in the Bank match against Bianca Belair and will be out approximately nine months.

WWE shared the unfortunate news on its Official Twitter Account. Details about Bayley’s injury are still up in the air.

BREAKING NEWS: @itsBayleyWWE has suffered an injury while training and will be out approximately nine months.

A replacement for her match against @BiancaBelairWWE at #MITB will be announced tonight on #SmackDown.https://t.co/qLsf8KTHNp