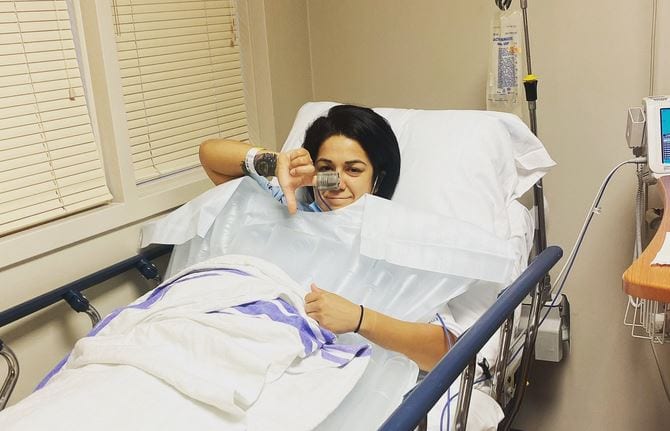 Bayley has underwent surgery to repair a torn ACL, after being injured while training in the ring at the WWE Performance Center earlier in the week.

Bayley is expected to miss around 9 months, after suffering what is being described as a freak accident. Bayley and the other wrestler were reportedly participating in a mandatory training sessions that were set up so that wrestlers can prepare for the return to touring this week.

Bayley posted a picture to Twitter of her on a hospital bed and looking in high spirits, writing “Can’t wait to miss the first show in front of fans again. I blame YOU for this. Thanks a lot”.

Can’t wait to miss the first show in front of fans again. I blame YOU for this. Thanks a lot pic.twitter.com/ETOhRyeYkj

The star was supposed to have a match against Bianca Belair at Money in the Bank, but the injury caused a change in plans. Instead, Belair will defend against Carmella on tonight’s live SmackDown from Houston.