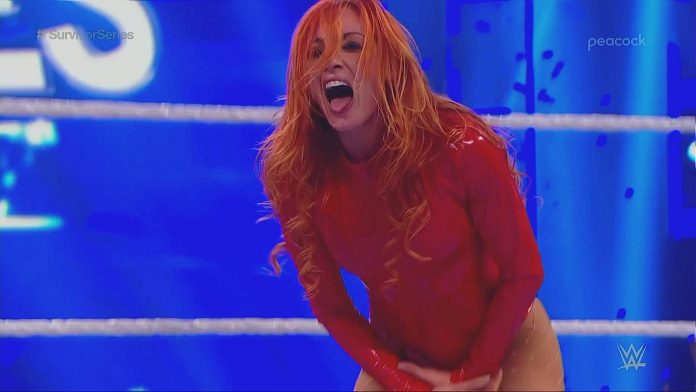 As expected, the bout had a big fight feel and started full of intensity with both women beating each other senseless. A few minutes into the match, Flair went for the moonsault off the top but was shoved to the floor by Lynch.

The contest remained more fight than wrestling match, with both women roughing up the other with strikes and blunt-force attacks. Lynch hit a leg drop on Flair’s neck for a near fall as the near falls and big moves continued to hit over and over.

Late in the match, Lynch locked up a figure-four on Flair, delivering a trademark “Woo!!” but the Queen was able to quickly roll over to reverse the hold. Flair returned the favor by locking in Lynch’s Disarm-Her, forcing Lynch to escape her own hold. Flair followed up with hard chops in the corner and a roll up but was caught holding the ropes. Lynch then did the same thing, only Lynch managed to get away with it and get the pin.