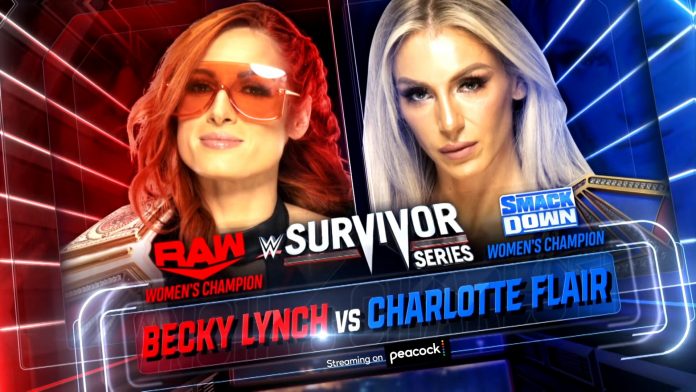 Becky and Charlotte recently moved to their respective brands during the 2021 WWE Draft. The last time Lynch and Flair went one-on-one was in October of 2019.

Several weeks ago, Flair and Lynch confronted one another following the title exchange segment on SmackDown. The two had a loud argument in the “gorilla position,” or the area right outside where the wrestlers enter the walkway during the show. Flair and Lynch allegedly exchanged heated words as both CEO Vince McMahon and Senior Vice President Bruce Prichard were present. Things escalated to the point that WWE officials escorted Flair out of the building.