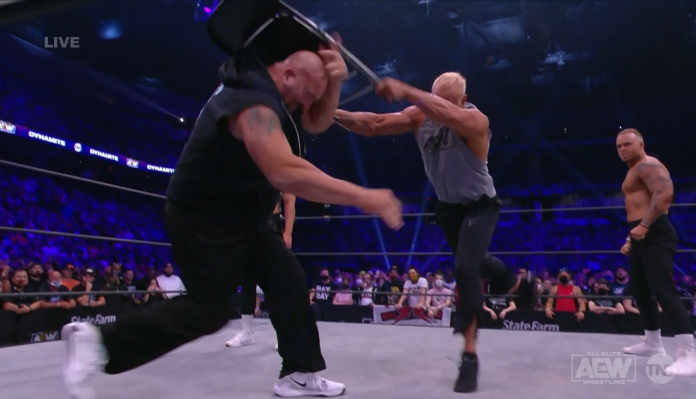 QT Marshall was in the ring with Nick Comoroto, Aaron Solo and other members of the Factory. QT calls out Paul Wight to have a man-to-man talk. Wight makes his way out to the ring.

As Wight walk to the ring, he was attacked by members of The Factory but was able to fight them off. Wight dominated the heels before being joined by Billy, Austin and Colton Gunn.

In a surprise, Billy blasted Wight with a steel chair to the hip, then hit him again. Marshall re-entered the ring and dropped Wight with cutter.

WHAT IN THE WORLD?! @RealBillyGunn just leveled @PaulWight with a chair!

Tune in to @tntdrama NOW to watch #AEWDynamite! pic.twitter.com/jRw8SztWpK