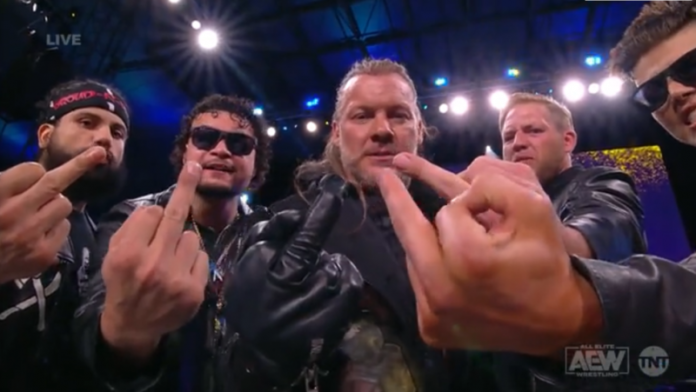 On this week’s AEW Dynamite, Chris Jericho and The Inner Circle cut a promo on The Pinnacle and announced that on Wednesday, May 5 there will be a Blood and Guts match between the two.

Just before the COVID-19 pandemic began, AEW was supposed to have its first Blood & Guts Match, but the match had to be canceled.

In a Blood And Guts Match, there are two rings with one giant cage covering both rings, which is somewhat like a WarGames type of match and environment.

If AEW follows the same rules as the last Blood and Guts match, they are as follows:

FIRST TIME EVER!! May 5th @dailysplace it’s a #BloodAndGuts Match between #InnerCircle & #Pinnacle!

See what else #AEWDynamite has in store tonight – Tune in now on TNT! pic.twitter.com/7AMeZ3T7Em