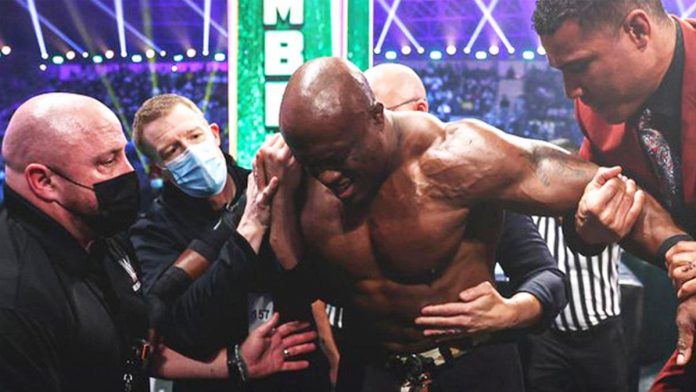 Bobby Lashley is legitimately hurt and may need to undergo shoulder surgery.

Lashley’s injury dates back to his WWE Championship match against Lesnar at Royal Rumble. This could keep him sidelined for at least four months, which could cause him to miss WrestleMania 38.

The last time that Lashley wrestled was at the Royal Rumble event. He has appeared on WWE TVs, but has not been physically involved in any matches.

Despite the injury the WWE had Lashley travel to Saudi Arabia for Elimination Chamber, but was quickly taken out when Seth Rollins threw Austin Theory into his pod with a buckle bomb. WWE later announced that Lashley had a concussion and will undergo additional evaluation when he returns to the United States.