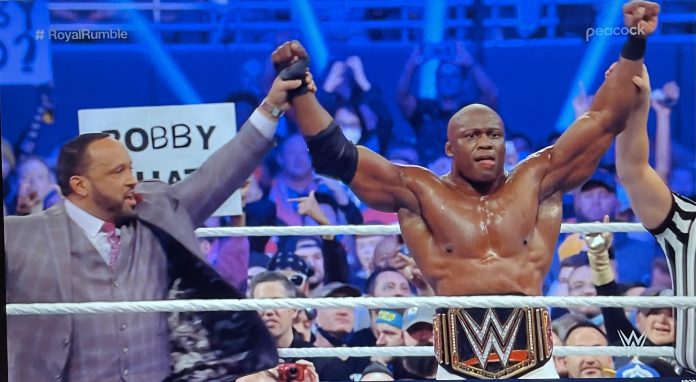 Brock Lesnar put his WWE Championship on the line against Bobby Lashley at the 2022 Royal Rumble in a highly anticipated match.

Lesnar got the match stated by hitting a German suplex on Lashley before laughing at him. Lashley returned the favor, hitting Lesnar with a German of his own. Lesnar came back with a pair of suplexes as both men continued to try to prove they could do more damage.

At the end of the match, Lesnar went for a F-5 again on Lashley, but Lashley countered and got Lesnar into the Hurt Lock in the middle of the ring. Desperate to escape, Lesnar drove Lashley backward into the referee.

Lesnar then hit an the F-5 on Lashley and again hit the ref, knocking him down and out of the ring as Lesnar covered for what would have been the match-winning pin.

WOW. @BrockLesnar and @fightbobby were literally trading Hurt Locks and F-5s … until it took out the ref! #RoyalRumble pic.twitter.com/LGxFzfIQsu

As Lesnar paced the ring waiting for a new referee, Roman Reigns appeared and delivered a spear to Lesnar. Reigns then looked down on Paul Heyman before asking for the WWE championship belt. Heyman handed the belt over and Reigns used it to knock out Lesnar. 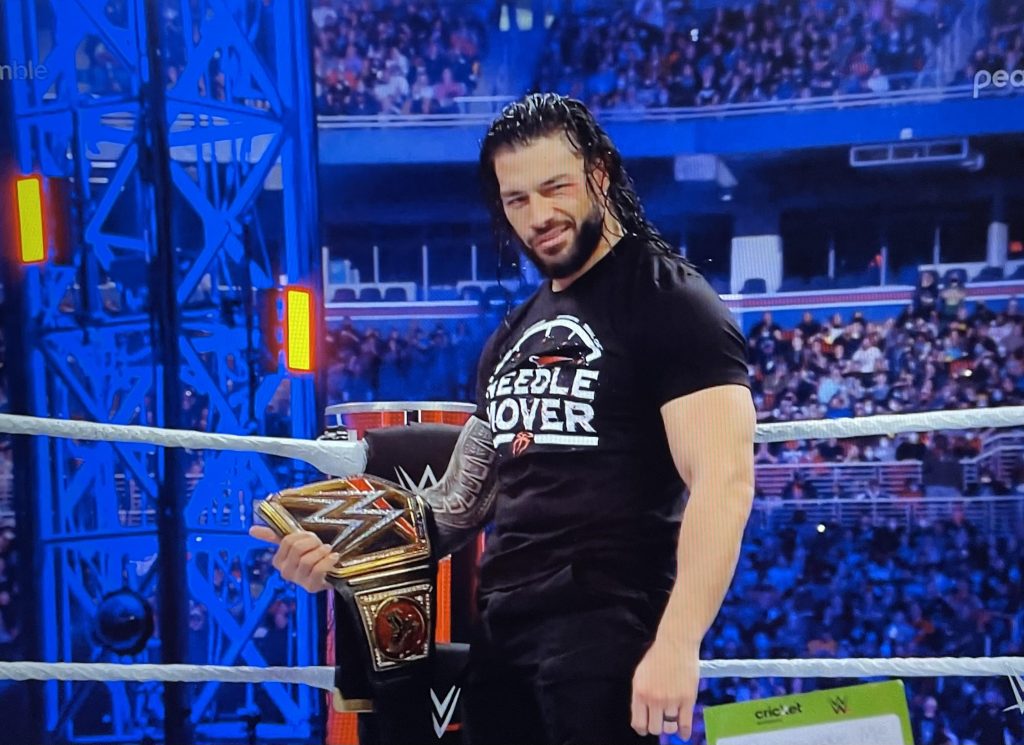 Heyman then walked off with Reigns as Lashley pinned Lesnar for the three-count from the new referee.