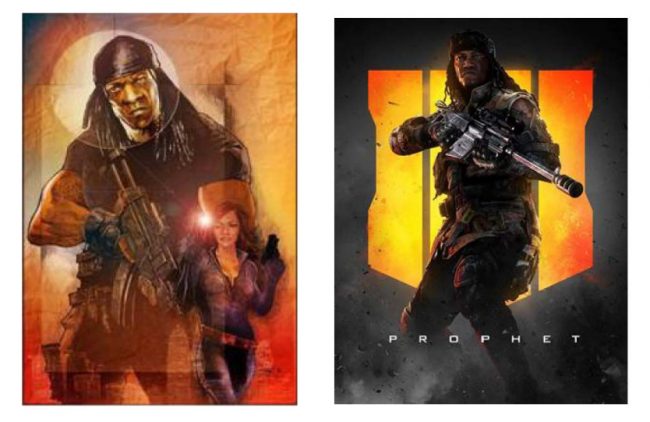 Booker T filed a lawsuit in 2019 against Activision, alleging that the video game publisher had created a character in Call of Duty: Black Ops 4 that resembled the likeness of a previous wrestling persona that he had used known as GI Bro.

On June 24, a jury found that Activision did not infringe on Booker T’s GI Bro character when creating its own character, known as David “Prophet” Wilkes, for Black Ops 4.

We are pleased with the outcome. Bottom line, to call this a frivolous case would be a massive understatement. Activision creates games with the utmost integrity and is extremely proud of everyone involved with the development and creative process for all of our games including Call of Duty: Black Ops 4, including the incredible talent like William Romeo who helped bring our vision to life. Today, the jury validated that process.

Booker T had alleged there were too many similarities between Black Ops 4 character Prophet and G.I. Bro. The former is a “cybernetically enhanced soldier” whose body comprises 70% technology. The latter was described as “a retired special operations soldier, fighting an old enemy he thought he had finished off years before, with the support of his old military friends” in the court filings. Despite the different descriptions, the characters do have a similar hairstyle, hat, facial expression, and pose in promotional material.

Booker T’s lawyer, Micah Dortch of Potts Law firm, said in a 2019 blog post that “there can be no question that this character was copied from GI Bro” when the two are seen side-by-side. “From the hair, body type and clothing, right down to facial expressions, the similarities are too profound to be an accident.”

Activision argued that Booker T had presented no evidence that Activision had access to pictures or posters of GI Bro. It also claimed that “unrebutted testimony and evidence” provided by Huffman and the creators of GI Bro showed that the image in question is not actually an original work itself, but is “an unoriginal copy of The Rock from the neck down.”