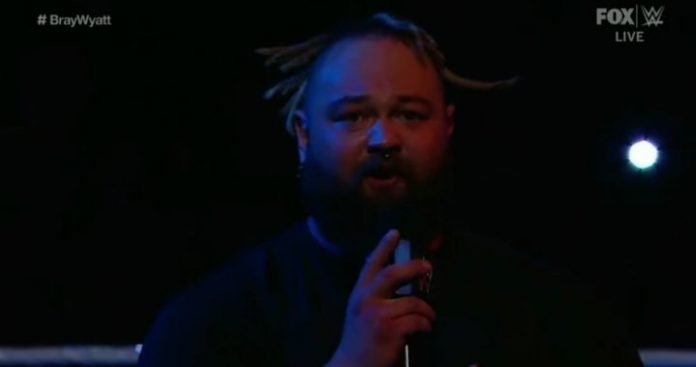 Bray Wyatt returned WWE SmackDown and gave an emotional speech about losing his career, his self confidence and two people who were very close to him.

Bray then said that the fans were there for him and said, “thank you, you all saved my life.” The suddenly the lights went out and Bray appeared on big screen in the new mask and tells us to come with him and forget the future and the past and we don’t know who we’re dealing with but we will. The moth logo flashes on that screen and that’s it until next week.

Bray Wyatt made his return to WWE on Saturday at Extreme Rules following his surprise release from the company in July 2021. He is a two-time universal champion, a one-time WWE champion, and has held both the Raw and SmackDown Tag Team Championships. The last match he’s had came at The Show of Shows where he lost to Randy Orton.