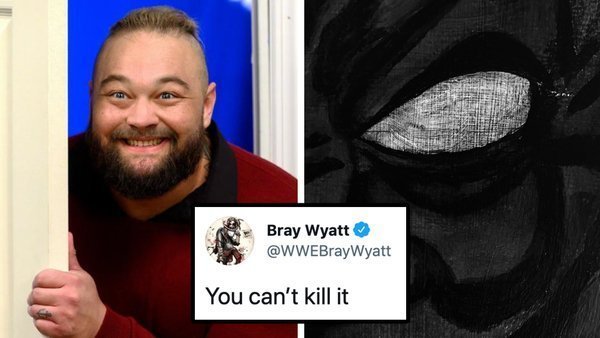 Since being released by the WWE on on July 31, Bray Wyatt stayed quiet on social media following the news.

That finally changed when Bray Wyatt posted to Twitter 15 minutes before Monday Night Raw a photo of a devil mask with the caption, “You can’t kill it.”

Check out the tweet below, which was accompanied by a picture that’s totally on-brand for Wyatt.

You can’t kill it pic.twitter.com/Bi13czn5Zs

The picture looks to be some sort of monstrous face with fangs. The picture, paired with Bray Wyatt’s caption of “You can’t kill it,” has wrestling fans reeling about what this could possibly mean.

Wyatt also tease something called the “Kult of Windham” on his Instagram page last week. He last appeared on TV in April, in a showdown with Randy Orton alongside Alexa Bliss that ended in his defeat. It was later announced that WWE had let the American go amid reports of budget cuts.