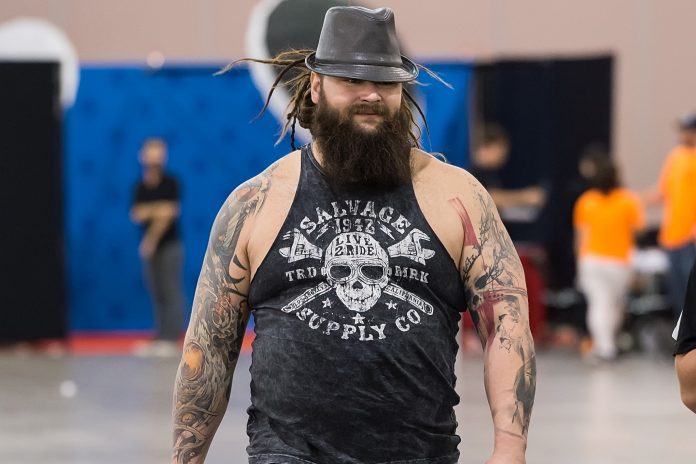 Windham, was released by WWE on July 31, and is teasing that he will share his side of the story about his time in WWE after reports surfaced with some some not-so-nice things to say about Windham and his time with the company and that he “deserved to be released” from the company.

Ringside News reported that a WWE source said the following on Rotunda:

“Not being an apologist or a WWE defender, just telling you like it is. If you were running a business, and Windham was on your payroll, you’d release him, too. Between his backstage antics and the way he handled himself when making millions and millions while medically flagged, he really deserved to be released.”

Windham took to social media to address this and called out two people with WWE that the opinion seemed to emanate from, which you can see below.

Windham is referring to General Manager of Talent John Laurinaitis and Executive Director of SmackDown and Raw Bruce Prichard, both of which are hugely involved in decision making, creative and being so close to Vince McMahon himself.

We now wait for Bray to speak his mind and let us know his side of the story.