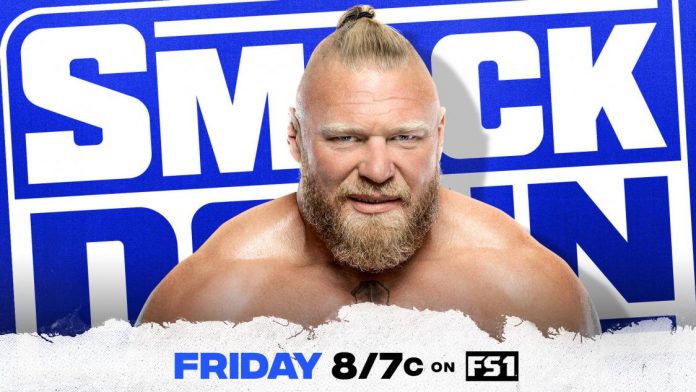 The Beast is back on Smackdown tonight as he continues towards his Universal Title Match against Roman Reigns at WWE Crown Jewel.

WWE SmackDown will present a super-sized show on October 15, 2021, from Toyota Arena in Ontario, California. This “Supersized SmackDown” is being bumped off the FOX network and will instead air on FS1. This is happening because the MLB playoffs are airing on FOX that night.

This is SmackDown’s go-home edition for Crown Jewel PPV. In addition to Brock’s return, Becky Lynch will face Sasha Banks in one-on-one showdown prior to their Triple Threat Match in Saudi Arabia.