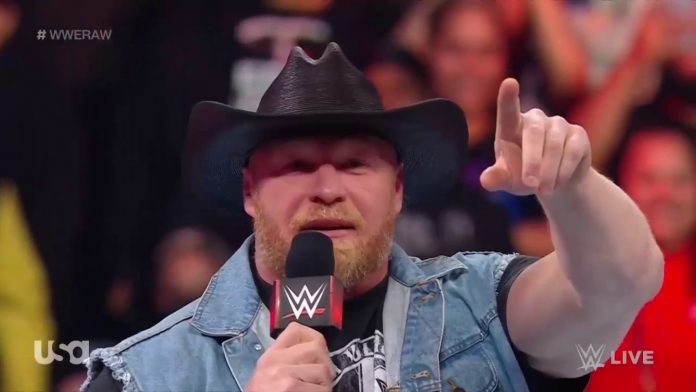 Brock Lesnar made his return tonight to WWE Monday Night Raw at the Barclays Center in Brooklyn, NY.

Lashley was in the ring before his match with Seth Rollins. Lashley was cutting a promo going over all the names he has beaten, which included Brock Lesnar.

Lesnar then made his first WWE TV appearance since SummerSlam. He circled the ring and responded to a “Holy Shit” chant with “Well, HOLY SHIT”. He then says hello to Brooklyn, and Lashley and then proceeded to hit him with a German suplex and F5’s.