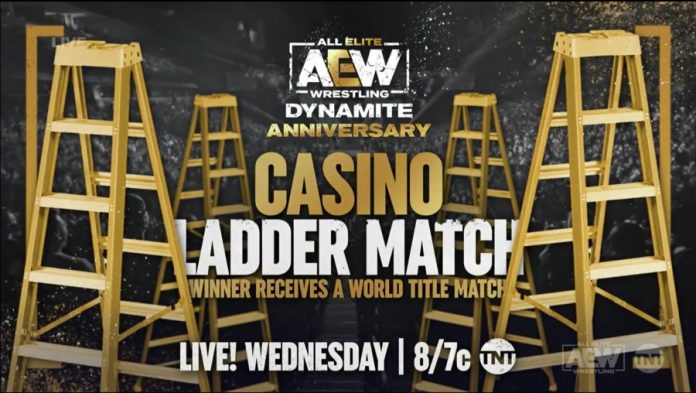 Six of the seven participants for this Wednesday’s Casino Ladder Match on AEW Dynamite: Anniversary have been revealed.

The match will feature a total seven wrestlers, all entering the ring based on a pre-drawn number with “the joker” coming in at the end. Two men will start in the ring with the other five coming in one-by-one at intervals. The match can be won at any time, so theoretically it could be won before everyone enters. The winner will earn a future AEW World title shot.

The first Casino Ladder Match took place at Double Or Nothing 2020 and was won by Brian Cage, who made his AEW debut in the match as the ‘Joker’ entrant.