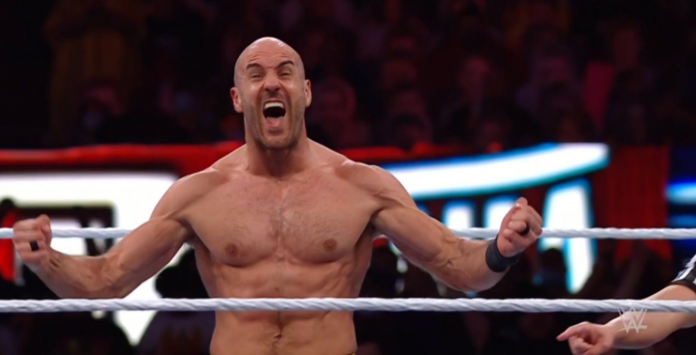 Cesaro is one of the most talented wrestlers on the roster but has never before been in a singles match at WrestleMania. Tonight, he emerged victorious.

Rollins had his chances to awe the crowd and pulled off an incredible 360-degree corkscrew frog splash and that’s when this match really picked up.

Towards the end of the match, Cesaro countered a Curb Stomp with an uppercut and completed an armless airplane spin and put Rollins in the spin cycle with a Giant Swing that had 23 rotations. One last Neutralizer and Cesaro got the three count.