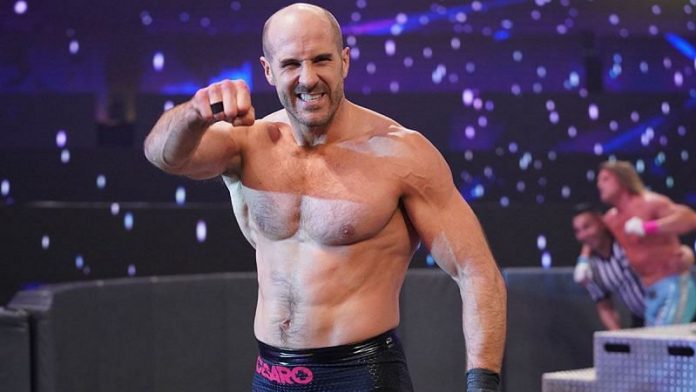 Cesaro earned his shot at WrestleMania Backlash against the Head of the Table after beating Seth Rollins on Friday Night SmackDown.

Teddy Long came out to set up the bout between Cesaro and Rollins after the SmackDown Savior jumped the King of Swing during a promo segment.

Before the match got started, Jimmy Uso returned to WWE and the match started with both Usos standing ringside. They were presumably there to make sure that Cesaro did not win.

However, Seth and Jey bumped into each other on the outside of the ring, causing some tension. Rollins pushed Jey to the ground, saying he doesn’t need his help. Jimmy then delivered a superkick to Seth’s face as a consequence.

Rollins was rolled into the ring and Cesaro capitalized, slamming him to the mat and getting the 3-count to secure his shot at Reigns’ Championship.