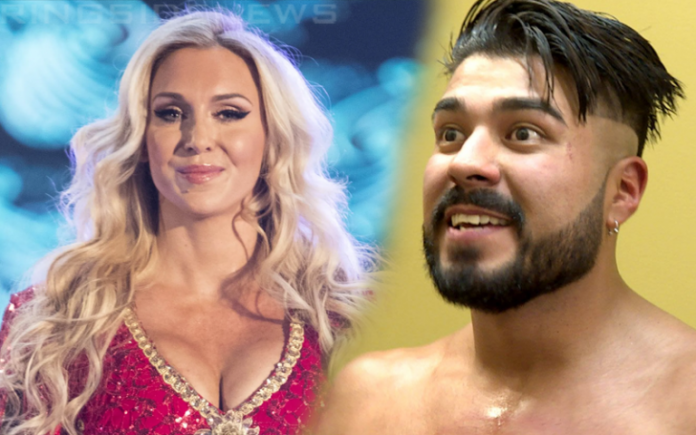 It didn’t take long for the wrestling world to react on social media after the debut. That included one from Andrade’s fiancé Charlotte Flair, who could not have been more thrilled to see him become a star on AEW.

Charlotte Flair and Andrade got into a relationship in early 2019, and got engaged on January 1, 2020. Andrade was granted his WWE release in March 2021 more than five months after he was last used on TV.

In a statement after that month’s Fastlane show, WWE said: ‘WWE has come to terms on the release of Andrade. We wish him all the best in all of his future endeavours.’

Not long before the news was confirmed, the wrestler himself tweeted: ‘Good news!!!! #Happy (Sic)’