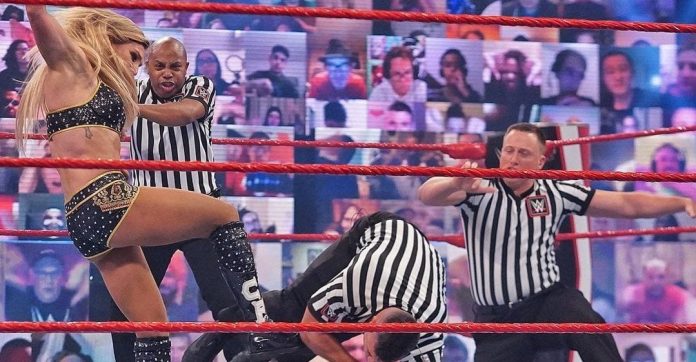 On this week’s Monday Night Raw, the show ended with Asuka getting a roll-up victory over Charlotte Flair thanks to an outside assist by Rhea Ripley.

Flair took her frustrations out on the official, tossing him across the ring before dishing out a savage beatdown as a group of other refs repeatedly told her to leave the ring.

During the April 19 edition of Raw Talk, WWE Official Adam Pearce broke the news that Charlotte Flair has been indefinitely suspended for attacking the ref and fined $100,000.

There is no word yet on when the storyline suspension will be lifted. Flair vs. Asuka vs. Ripley has been rumored for the WrestleMania Backlash pay-per-view on May 16.