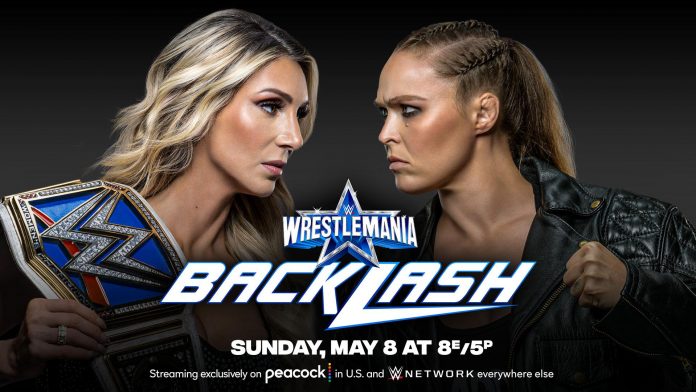 WWE has announced that Ronda Rousey will challenge Charlotte Flair for the SmackDown Women’s Championship in an “I Quit” Match at WrestleMania Backlash.

Charlotte Flair retained the Title at WrestleMania 38 Night One despite Rousey making Flair tap out when she had her in the armbar. A furious Rousey returned to SmackDown the following Friday and wasted little time challenging The Opportunity to an “I Quit” Match. However, Charlotte refused and told Rousey to get to the back of the line.

Not to be outdone, The Rowdy One insisted the rematch will happen and later petitioned to have the rematch to WWE Management. They agreed and made the match official on Saturday’s episode of WWE Talking Smack.

WrestleMania Backlash will stream on Sunday, May 8, at 8 ET/5 PT on Peacock in the United States and on WWE Network everywhere else.