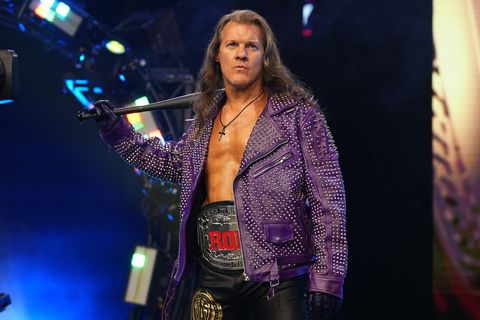 Chris Jericho has signed a contract extension through December 2025 with All Elite Wrestling. Under the new contract, Jericho will see an increase his responsibilities within the company, serving as a producer and creative advisor in addition to continuing as a mentor to young talent.

“I guess the simple answer is ‘Why not?’” Jericho said. “Things have been going so well in the company, and I really do feel that this is my company. It’s tattooed on my heart, so to speak. I’ve been here since day one, and there’s really no reason not to be here continuing forward.”

“When AEW first started, I think basically it was Chris Jericho and a group of very talented people that might not have been as well known,” he continued. “Within three months that changed and now within three years, we’ve got at least a dozen, maybe two dozen, of our own homegrown stars that came into their own on AEW television.”

Chris Jericho, the Ring of Honor World Champion will defend the ROH World Championship against Dalton Castle tonight on a special Tuesday edition of “AEW: Dynamite,” in Cincinnati.

“Chris Jericho long ago cemented his legacy as one of the greatest professional wrestlers of all time, and we’re fortunate to have his skills, charisma, knowledge and insights in AEW for years to come,” said Tony Khan, CEO, GM and Head of Creative of AEW.