Chris Jericho vs. MJF announced for AEW All Out 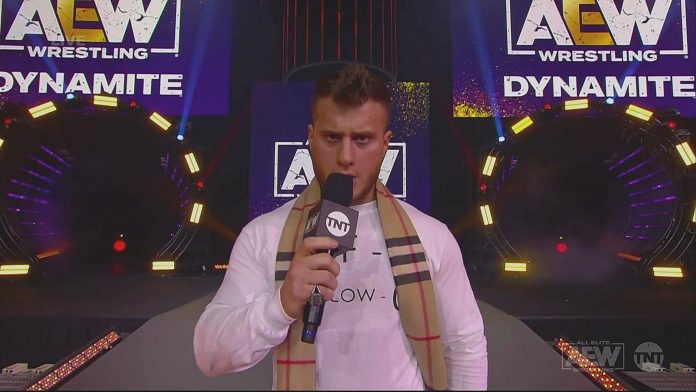 Chris Jericho vs. MJF has been added to All Out on Sept. 5 with the stipulation that if Jericho loses, he moves to commentary and will never wrestle in AEW again.

On Dynamite Chris Jericho came to the ring and says everyone is celebrating this week in AEW, other than him. He says he lost to MJF for the third time and he submitted on top of it. It’s driving him crazy.

Jericho then proposed one more match at All Out in Chicago and if he can’t beat MJF then maybe he doesn’t belong in AEW anymore.

.@IAmJericho is proposing one more match with @The_MJF at #AEWAllOut on Sept. 5. If he can’t beat MJF, he will NEVER wrestle in #AEW again!

MJF comes out and tells Jericho to just leave him alone. MJF claims that Jericho tried to have a rub from his meteoric rise, although, he likes the sound of being the one who retired Chris Jericho and so he accepted the challenge.

.@The_MJF accepts @IAmJericho‘s proposal for ONE MORE MATCH at #AEWAllOut on Sept. 5 with Jericho’s #AEW career on the line.