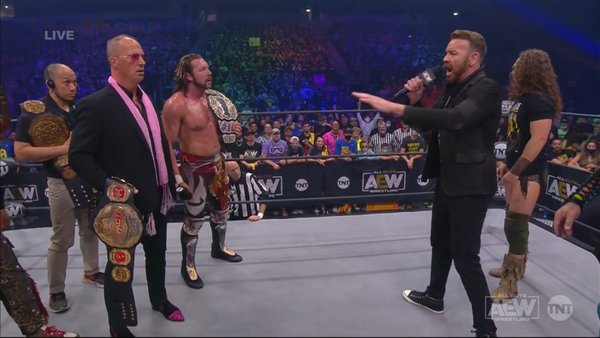 Christian Cage has been granted a title match against AEW World Champion Kenny Omega on the debut episode of AEW Rampage.

Dynamite began with news that Kenny Omega will defend the AEW World Championship against Christian Cage at All Out. But Cage had a surprise waiting for Omega following a show-opening six-man tag match.

AEW champion Kenny Omega and tag team champions The Young Bucks battled The Sydal Brothers and Dante Martin in a trios match. After the match, Don Callis joined The Elite for an in-ring promo but Christian Cage interrupted. A back-and-forth promo concluded with the revelation that Christian will challenge Omega for the Impact world title Friday on Rampage.

The very first match in #AEWRampage history is set, and let's just say it's gonna be a good one 🤯

Drop an emoji that shows how excited you are 👇 pic.twitter.com/xlliZxwbJD