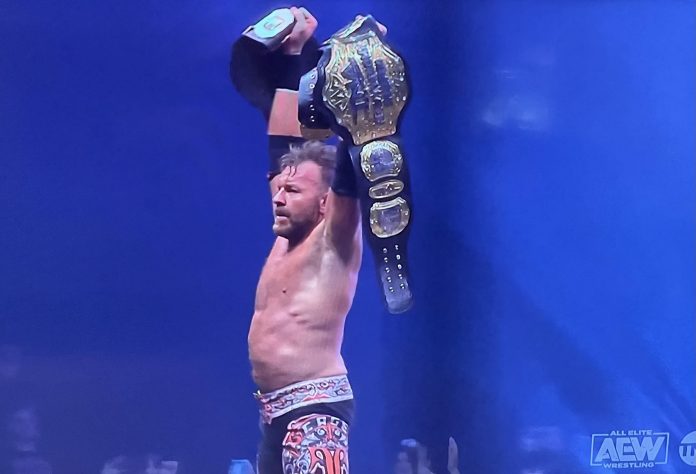 Tonight’s big premiere of AEW Rampage kicked off with the huge match, as The Elite’s Kenny Omega put his Impact World Championship on the line against Christian Cage.

Toward the end of the match, The Young Bucks slid a chair to Omega after Omega hit a low blow to Cage while the referee was distracted with Callis. Cage reversed and hit the killswitch on the chairs to win the title.

With this victory, Christian Cage becomes 9-0 since debuting in AEW at Revolution back in March.

Tune in NOW to the world premiere of #AEWRampage LIVE on @tntdrama! pic.twitter.com/WEvJApJoak