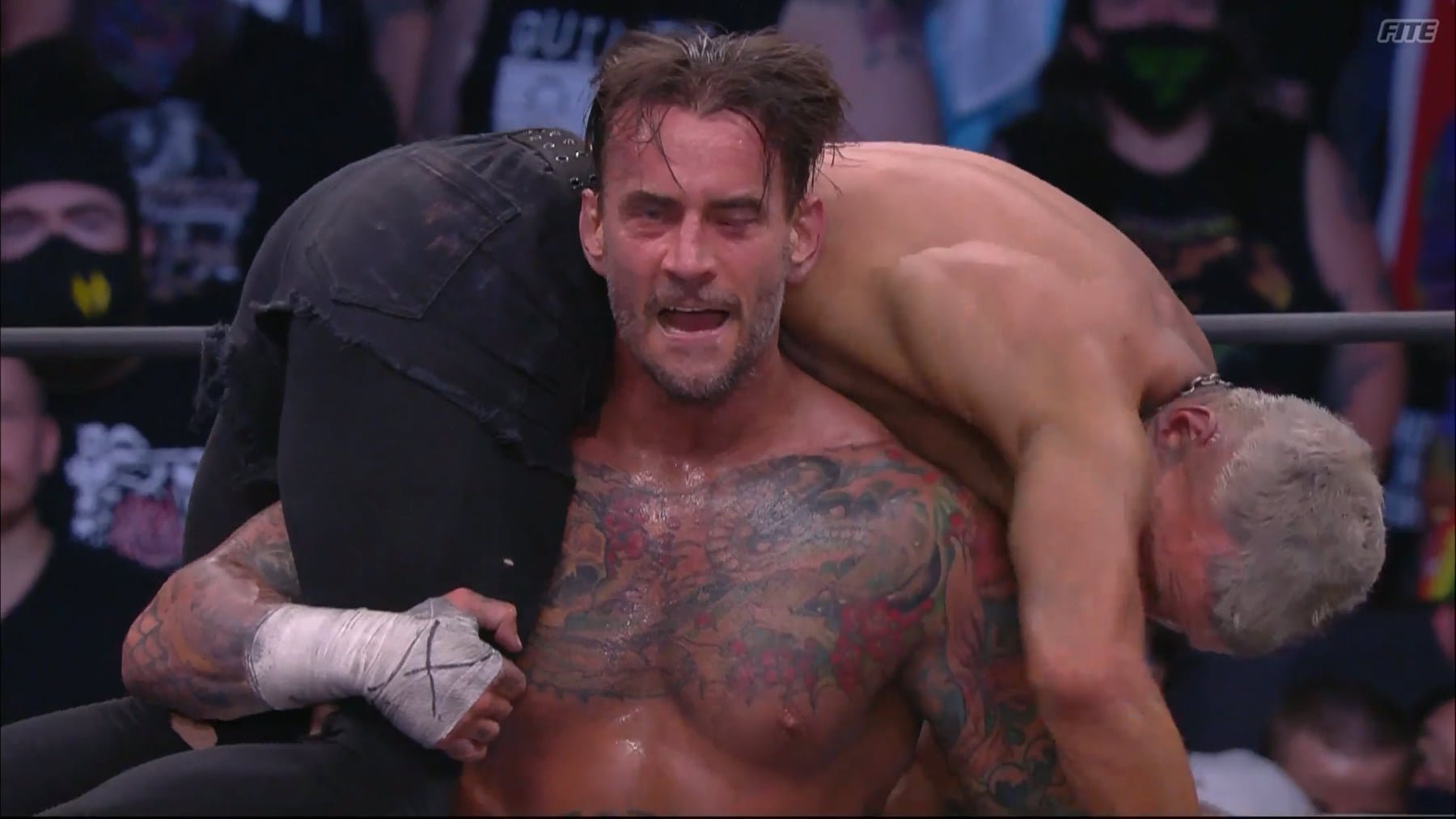 After more than 7 years, CM Punk made his in-ring return against Darby Allin at AEW All Out.

The crowd was red hot for the match, as was expected. The bell rang and they circled each other, waiting for the other to strike, and then they locked up, with Allin hitting an arm drag on Punk. Punk came back with a shoulder tackle and the two went into some chain wrestling.

Allin kept pace with Punk and rolled him up in a series of near falls before scoring a two count after hitting a code red. Punk managed to hit the Go To Sleep but the move shot Allin through the ropes and to the floor.

Punk hit several strikes to the body and a knee to the face, followed by a roundhouse clothesline. Punk signaled for the GTS again but Allin fired back with elbow strikes. Allin followed up with a swanton onto Punk from the top to the floor. Allin went for the coffin drop but Punk sat up and he missed.

Allin reversed another GTS into the Last Supper for a near fall before Punk hit a huge leg lariat. Punk finally hit a second GTS to score the pin.

The Best in the World! @CMPunk wins in his first match back in 7 years! #AEWAllOut pic.twitter.com/SOpg6VsYWL

Brother, what a night and we're not done yet! #AEWAllOut