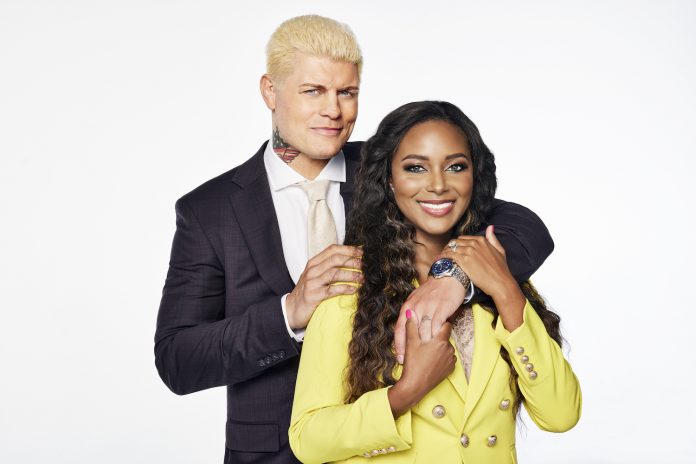 Cody Rhodes and his wife, Brandi are leaving AEW.

Rhodes informed AEW CEO Tony Khan Tuesday morning that he was leaving the company  and that he did not have a non-compete clause in his contract.

Per Ariel Helwani of MMAFighting.com, Cody has talked with WWE about a potential return to the promotion in the near future.

“Cody and Brandi Rhodes were integral to the launch of All Elite Wrestling,” Khan said in a statement. Cody’s ability combined with his boldness and his passion for our industry and his love for community outreach helped AEW deliver on our mission to give fans what they needed for far too long — something new, innovative and lasting.”

Khan added that he has “immense respect and appreciation” for both Cody and Brandi and sent them best wishes for what comes next.

Cody took to Twitter to add his own statement: “I have loved my time at AEW. Amazing locker room. Amazing Fans. Amazing people. The ‘revolution’ was indeed televised, and I’ve been lucky to be a part of that.”

Cody’s final match with AEW WAS on the Jan. 26 Dynamite: Beach Break. He lost a TNT Championship unification ladder match to Sammy Guevara. Rhodes, 36, is the son of legendary late professional wrestler Dusty Rhodes. He already performed in WWE for 10 years from 2006-16.