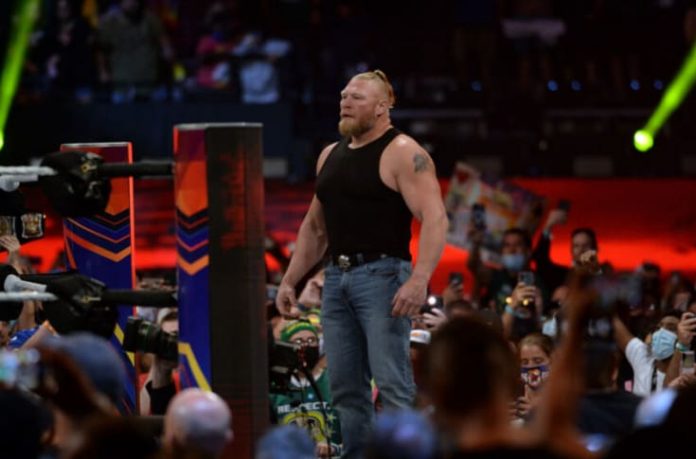 Fightful Select is reporting details about Brock Lesnar’s new WWE contract, and according to it, the length of the contract is for roughly a year and a half, and he will fight at least eight matches.

Brock Lesnar returned as a babyface and will feud with Roman Reigns. This marks the first time he is not a heel since returning about eight years ago.

The Beast Incarnate’s first match following his return will likely be for the Universal championship. To add more depth to the angle, fans will have to see where Paul Heyman sides. Since Lesnar debuted with WWE, Heyman has basically always been with him.