Details on the plans WWE had for Kurt Angle 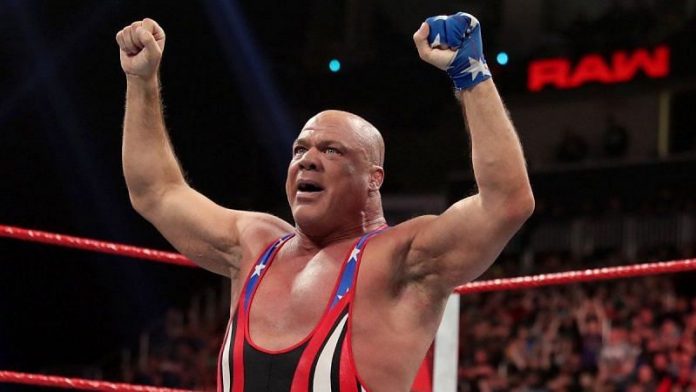 Kurt Angle recently noted on his “The Kurt Angle Show” podcast that the WWE was interested in bringing him back as a television character for a three week program. However, Angle later noted that WWE had canceled those plans “at the last second”.

“I went to the Royal Rumble. The WWE wanted me to do a short program that they ended up canceling it at the last second,” Angle said. He didn’t go into any details about what the program was going to be about or why it was dropped.

According to Fightful.com, the belief is that Kurt Angle was originally figured to be part of Randy Orton and Matt Riddle’s storyline with the Alpha Academy. There were various pitches such as the academic challenge being the “Three Is Challenge,” to play off his “Intensity, Integrity, and Intelligence” catchphrase.

There were also talk of Angle being a special guest referee at the Elimination Chamber event in Saudi Arabia.