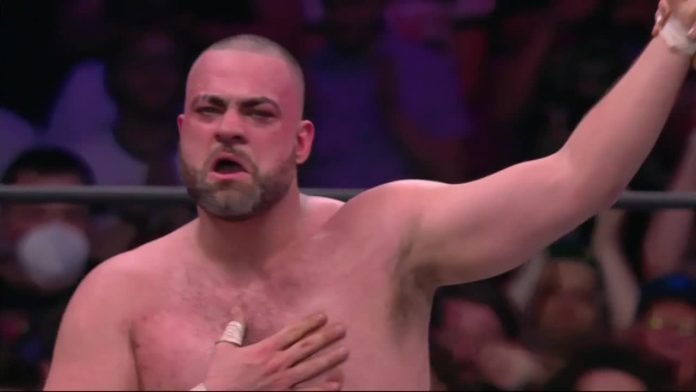 AEW Revolution kicked off with Chris Jericho vs. Eddie Kingston.

Eddie started the match with a half-and-half suplex, dropping Jericho on the top of his head. The brutality continued to build with furious chop battles and big suplexes, including Jericho returning the favor of Kingston having dumped him on his head.

Jericho then locked in the Walls of Jericho, but Kingston managed to grab the ropes for the escape. Jericho got caught up in an argument with the referee, allowing Kingston to hit the spinning backfist for a near fall.

A beautiful reversal into the Walls by @IAmJericho! Does he have what it takes to finish it right now?! #AEWRevolution is LIVE on PPV right now! Available on @BleacherReport & @FiteTV (Int.)! pic.twitter.com/rCQTuROejw

Late in the match Jericho went for the knockout with his back elbow but instead was on the receiving end of two backfists from Kingston before Kingston locked in a stretch plum to force Jericho tap out.

After the match, Jericho refused to shake Kingston’s hand after vowing he would do so if Kingston defeated him.

Can @MadKing1981 pull off the submission win?! #AEWRevolution is LIVE on PPV right now! Available on @BleacherReport & @FiteTV (Int.)! pic.twitter.com/Rvg2wj6Vx8